If you have never tried Periscoping for your business, it may be time to consider it!

Periscope, the live streaming app owned by Twitter, has completely evolved social media sharing. You can make the most out of your social media this year by learning how using Periscope can help grow your business.

Periscope is an app that allows users to share and view live video broadcasts from their smartphone or tablet.

Viewers stream 350,000 hours of video every day. Over 200 million broadcasts have been created since its launch, with 10 million registered accounts and 1.9 million daily active users.

Because of this, the app’s popularity and convenience make it a fantastic platform to promote your business.

How to Use the Periscope App

There are four primary tabs.

1. The first tab displays lists of people that the user follows that are currently “live” and a list of broadcasts that the user attended within the past 24 hours.

2. The second tab displays a list view and a map view of live public broadcasts the user can join.

3. The third tab is the broadcast booth.

4. The fourth tab shows the user’s profile and settings.

The first setting enables the user to turn notification on or off.

The third setting enables the user to save videos to a mobile device.

Broadcasting on Periscope… or Periscoping 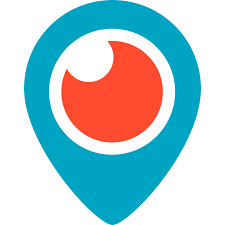 If a user has his or her notifications turned on, the user will be alerted to live broadcasts when someone he or she follows starts a broadcast, shares another user’s broadcast, or invites the user to a private broadcast.

In order to watch a live broadcast, select the list or map version of the global broadcast tab and touch an existing event. The broadcast will begin immediately, and comments in bubbles and hearts floating on the screen will appear from users along with the number of viewers on the lower right.

The same goes for replaying a broadcast, minus the comments and hearts.

To send a broadcast, select the broadcast screen and enable all three options and the setup screen will open. Choose all your settings, notify Twitter followers that the broadcast is starting, and begin the broadcast.

Why You Should Use Periscope for Business

Periscope creates a community between your business, loyal customers, and influencers.

You’re able to interact with others by

Periscope is also great for posting how-to videos. By Periscoping, or scoping, you’re able to demonstrate how to use a product, share tips on using it, and upload the video to YouTube after the live stream.

Share product demos when launching a new product by

You can also share news in your industry with the online community before anyone has a chance to write about it, or build a mailing list by asking viewers to leave their email address in the comments to sign up for something great.

This is a guest post submitted by Farah Zamora, a journalism student at Florida Gulf Coast University.