Jill Stanton said screw the nine to five and today she is traveling the world with her husband and young son… while making money at the same time.

In this podcast episode, she is sharing how she built multiple successful businesses and how you can too. She takes us step by step how you can get clear on your vision, determine what you’re selling, build an audience to sell to, ask them what they want, sell it to them, and everything in-between. 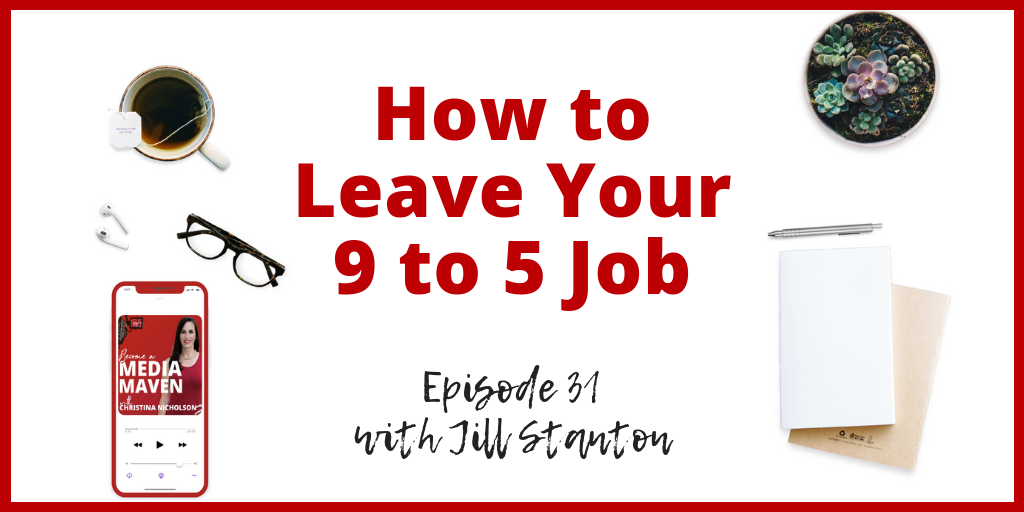 We had an affiliate marketing business before we ever started Screw the Nine to Five and we built that up to like 30 different websites and a whole bunch of different niches. And it really came to be because people in our lives started asking us like, “Ooh, what happened?” They’re like, “Are you working? Do you have jobs anymore? Like how are you traveling this much? Why don’t when I see you in a job? Like how is this all working?”

And so it was actually our wedding weekend. We were down in Costa Rica and it’s probably the one week you shouldn’t work, but we’re a couple of maniacs. And so we’re like having a few rums, because Costa Rica, and we were about to move to Thailand because there’s a big digital nomad community there. And we were saying we should start a site so we can just like share our story with our friends and family who keep asking what’s happening.

We had never built a personal brand before. Before that we had skincare and beauty sites, which is funny because Josh was doing skincare videos with me, so we didn’t really know where to start or what to do.

And so the first year we kind of struggled with it, right? Like we tried to launch a program, it did $0 million in sales because we didn’t really know how to build an audience. It wasn’t until we really started finding our groove that things started picking up for us.

And after said humiliating launch, we started really like honing in what we were, the message we are spreading and that at the time was affiliate marketing. It’s evolved over the years, but it was really how to create this location independent lifestyle and make money online from anywhere in the world.

Which is kind of funny cause now we’re kind of in a full circle moment that we just shut down all our paid offers to go back to affiliate marketing.

Before the affiliate marketing website, I want to know what your last job was.

Pretty much the only jobs I ever had was bartending. So I was bartending a, a series of restaurants and it was actually, that’s how I started my first profitable business. I pitched the owner of my bar for me to run social media.

That was how I kind of made my way into this world. And Josh already had a business as well and then both of us ended those to go all in together.

Turning Your Side Hustle Into a Business

I left TV and I worked at a PR agency for six months. And that’s when I said, okay, this is just a service based business. I just need myself and my expertise. I don’t need a bunch of money. Like I can just do this on my own. And so that’s when I started side hustling with the intent to save money to actually leave that job.

So tell me what steps people should take. If people are thinking, “Okay, I want to start a side hustle” – maybe at first it’s to make a little bit money and then they see the possibilities and the potential and they want to take it further.

Give people some strategies and direction on what they should do right now if they are in their nine to five and they’re even thinking about starting a side hustle.

So, business is super simple. It breaks down into two things. Build an audience and sell them what they want.

What do you Want to do?

So first we have to figure out what we want to do. Do I want to build a personal brand where I’m coaching people or creating a course or a membership site? Or do I want something that isn’t reliant on me being the face of something and I want to start a business like affiliate marketing or drop shipping or e-commerce or anything like that.

Then we need to build an audience. And this is where I think most people really get stumped because they’re like, but it takes so long and I don’t want to do all that and I’m afraid to put myself out there and I totally get all of that. But it’s also a simple fact that attention is the currency online. There’s no way around it.

So how do you do that? You do it by a few things like social media, content creation, and getting on other people’s platforms who have audiences who are aligned with what you have to say.