How to Work with Influencers to Sell More of your Product

He went from real estate, to medical marijuana, and is now in the cosmetics industry… and he’s making all of this money without spending one dollar on advertising.

LiveGlam started when Dhar met a beauty influencer who was selling out of makeup seminars, so Dhar wanted to get in on it and partner with the influencer.

By working with beauty influencers, Dhar was able to save money and split all commissions 50/50, then going from online class subscriptions to product subscriptions.

In this episode, Dhar will show you how to approach influencers so they work with you on a commission only basis. 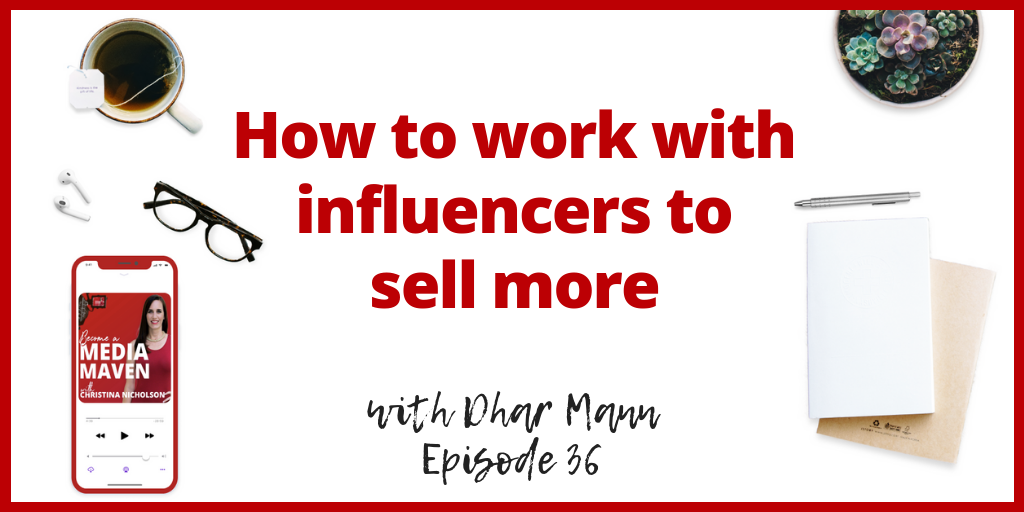 How to Work with Influencers to Sell More of your Product

I was an entrepreneur since I was a little kid when I was in elementary school. I think I started my first unofficial business just selling little stress balls to my teachers that I would buy at a gas station.

Then as I got older, I was the first kid in high school to buy a CD burner. So I was selling bootleg music CDs to all my friends in high school. And when I got to college is when I started a real company – a mortgage company at 19 years old.

By the time I was 21, I owned three houses and a Lamborghini I was making more than all night college professors and ended up dropping out of school until my parents found out. And in Indian culture, education is everything. Otherwise, you’re a failure if you don’t have a college degree.

So, I ended up going back to school, completing my degree and stayed in real estate for some time.

Ultimately I ended up getting into medical marijuana when I was living in Oakland, California, which is like the epicenter of all this, I created the first national franchise for medical marijuana and expanded it to a consulting company to scale that business up, and ended up selling it in 2014.

I dabbled in some different industries and then ultimately landed in cosmetics in 2015, which is the current business I’m in now – which I started, I bootstrapped from $600 and starting capital, which has all the money that I had at the time.

We’re on track to do $20 million in revenue this year. So it’s been a fun ride with lots of ups and downs that sorta just the highlight the reel, but there are lots of bloopers in between.

So we go from real estate to marijuana to cosmetics. Like could those be any different from each other?! So why makeup? Because usually, that’s like a female thing. So how did that even come to be?

I had about $600 left to my name. I was on the verge of moving in with my parents, which is like the ultimate level of embarrassment for a 30-year-old Indian guide to move back in with his parents.

How to Work with Influencers to Sell More

I was just really in this low point in my life and I was trying to figure out any way that I could possibly pay bills and stay in Los Angeles, so I ended up meeting a beauty influencer one time over lunch who was just telling me how she was traveling all over the world giving these makeup seminars and they were selling out and she was charging girls like $400 to $500 a ticket.

And so I asked her, ‘have you thought about taking that whole concept online? If they’re selling out, I’m sure there’s a lot of demand’. And she was like, ‘that’s actually a great idea. I just have no idea how’.

And in my mind I’m thinking, I also know nothing about makeup. I know I’ve never had a website before. I’ve never had an online business before, but it just kind of blurted out like, I can do it. And I think, you know, just going back to like necessity being like the mother of invention like I just was willing to do whatever it took.

And she looked at me, saw the confidence that I had and it was just like, okay, let’s do it. And literally over that lunch we decided to partner!

I didn’t have enough money to actually get everything off the ground and I took the 600 bucks that I had. I went to Best Buy, I watched a couple of YouTube tutorials as to how I get the minimal amount of products I need in order to start streaming online content.

The night before that we were actually going to launch, we put this scrappy website together with this developer I met on Craigslist.

I wanted a video that sort of explained how this online makeup school was going to work. So we recorded something using those softbox slides and the Webcam. In order to host it on the website, I first needed to publish it somewhere. So I published that video on YouTube and then uploaded it to the website and we were going to launch that following morning.

Become an Overnight Success in Business

That’s when the beauty influencer was going to do her first post on Instagram. So I went to bed that night and by the time I woke up it was 6:00am. I was excited, kind of nervous for our launch.

So I quickly look at the beauty influencers Instagram thinking maybe she made the announcement early… and she never announced anything.

He calls me an hour later and he goes, ‘Dhar, no, those are actual real payments. These are real people signing up’.

And it turns out that somehow, because I uploaded that video on YouTube and I use that beauty influencers name, that video ended up trending and it reached so many people that we ended up getting tens of thousands of dollars in sales before we ever even launch without spending a dollar in marketing.

That was like the light bulb moment to me.