When I was a reporter, I hated getting phone calls. In fact, I was very proactive about calling people who wanted or needed to hear from me, just so they wouldn’t call me. The reason I didn’t like receiving phone calls as a reporter is the same reason I don’t like calling reporters. But now, since I joined “the dark side,” (reporter to publicist) it’s my job to call reporters.

A nameless reporter from the Washington Post ripped me a new one recently when I called her to follow up on a pitch. I knew exactly who she was, what she has written about, followed her on Twitter, and why she’d be interested in what I had to tell her. Clearly, this wasn’t a random call. Still, she was extremely rude, showed no common courtesy, or phone etiquette… which is shocking from someone in the communications industry. 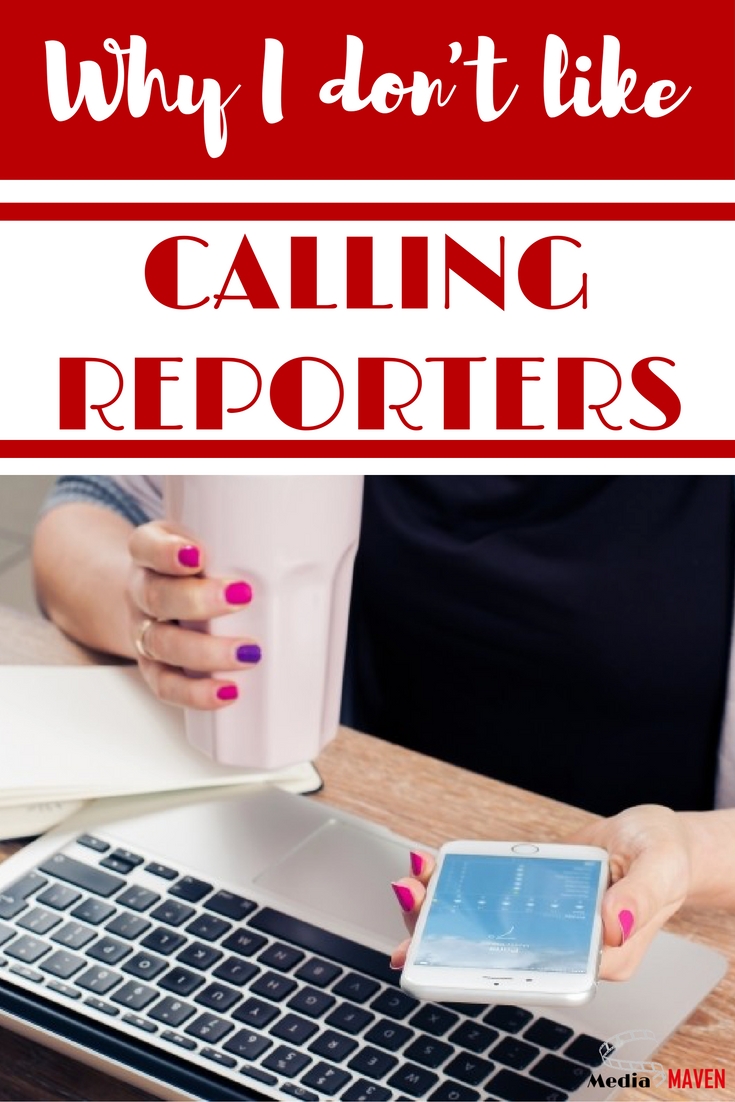 This experience led me to start a discussion with other PR professionals and reporters from across the country. While some say, “Don’t call a reporter. They hate that! Just send an e-mail,” others say, “I’ve built great relationships with reporters over the phone that have turned into great coverage for my client.” So, this isn’t a black or white/right or wrong issue… which makes my job even harder.

I could be in the middle of an interview, in the groove writing my script, or about to go live when my phone rings. It’s not a good time to talk. Now, while this is of no fault to the person on the other line trying to reach me, it’s a risk you take when you call a reporter – catching him or her at a bad time. As a reporter, your schedule is different every day and it’s always changing, so even scheduling a call can be tough.

Still, some things are easier to explain over a phone call. You don’t only get to hear someone’s voice, but you can talk through any confusion and cut the back and forth down to a minimum with a phone call. It’s hard to show emotion or emphasis in text, but not over the phone. While some phone calls are unproductive, some may work… depending.

[Tweet theme=”tweet-box-shadow”]Most of us are #overworked and #underpaid in the #media industry.[/Tweet]

For this reason, I cut the small talk and get straight to the point. First, I’ll say “Hi, how are you…” and lead in with something that tells me the person on the other line has a minute to talk. If not, there’s nothing wrong with saying, “Now isn’t a good time. Could you call me back later or just send me an e-mail?”

If I didn’t have time for a phone call, I wouldn’t take one. If I did, and the phone call was going too long, I’d say that… politely. But in my experience working with people in PR when I was a reporter, a few wanted to go on and on and on about their client (and the free commercial they wanted you to give them) until I said “yes.” It was almost impossible to get off the phone!

I mentioned my focus group of 18,000+ in the media industry regarding this phone call I made and the negative response I got. Well, most people kept going back to e-mail… and I totally understand why.

I was on the receiving end of a lot of media pitches. Some I read, some I didn’t. (Yes, I judged by the subject line.) For this reason, it’s so easy to miss something in an e-mail. Our inboxes are jam packed, so skipping over something important is totally understandable.

But on the flip side, if I did see it and I liked it, I would’ve responded. If I didn’t respond, it’s because I didn’t like it. That’s the way a reporter thinks.

But a publicists thinks, “That person never responded. Maybe they missed it. If they didn’t like the story, all they had to do was tell me “no” and I’d stop following up.” Now, this is new to me. I didn’t get it before as a reporter. As a publicist, I like to pitch until I hear a “no.”

Why? Because someone is paying me to pitch their brand to the media.

Me: “I sent a lot of e-mails, but didn’t get many responses.”

Me: “Yes, I followed up with an e-mail, but that was ignored too.”

How terrible is that?! You can’t tell a client that. That is why phone calls are necessary, even if nine times out of 10, you know the person on the other line doesn’t want to talk to you… and may be downright mean and call you names.

It’s okay, when I was a reporter, people were rude and called me names too. Now, instead of getting it from alleged criminals with a microphone I’m sticking in their face, I’m getting it from reporters… my former self. (Note: I was never rude to publicists when they called me. It’s just not necessary. Not then, not now.)

[Tweet theme=”tweet-box-shadow”]We are working towards the same #goal – to tell a great #story that educates and entertains our audience.[/Tweet]

To reiterate, we are all busy. We all have things to do. Talking on the phone can be an inconvenience at times, but it’s something we need to do on both sides to do our job successfully. We also need to work together. After all, we are working towards the same goal – to tell a great story that educates and entertains our audience. Sometimes, that can start over e-mail and sometimes it can start over the phone.